Extracted oils are water-insoluble (hydrophobic) substances which, at a temperature of 20°C, exhibit a liquid appearance. Fats differ from these in that they have a solid appearance at this temperature. The main oils sold are: soy, rice, sunflower, corn, coconut (oil or fat) and palm (oil or fat).

The main producer of soy oil is the United States, with 35.5% of world production. Brazil is the second largest producer, accounting for 18.4% of this production. Rice oil is widely used in Asian countries, including Japan and China. Sunflower oil, originating from the North American Indians, has as main producing markets Argentina, Russia, Turkey and Ukraine. Corn oil is considered healthier than soybean oil because it has omega 6, but more caloric. Coconut oil, also known as coconut butter, is widely used in the cosmetics industry, in the manufacture of soaps and creams, as well as in the cuisine of some Asian countries – the Philippines is the largest exporter of this product, representing 7% of the total total exports from this country. 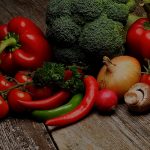 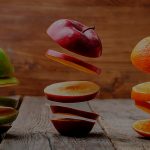