The three main meat producers and exporters in the world are: Australia, the United States and Brazil. The European Union has adopted a version of the Australian AUS-Meat standard.

Brazilian cuts take into account the anatomical divisions due to the manufactured production process. On the other hand, Australian and American cuts, which use automation in their processes due to the high cost of labor, processing larger and less anatomical cuts. The table below shows the equivalence between these different types of cut. Note that in some cases it is not possible to establish an equivalent cut.

The noble cuts include filet mignon, sirloin steak, rump, entrecot and counter filet. The market for the rump steak is Brazilian, the other cuts are mainly demanded by the European Union. Egypt demands filet mignon and against filet.

Butt cuts, Wheel cuts, soft tops, hard tops, ducklings and muscle are highly demanded by Russia, Egypt and Hong Kong. The less noble parts – such as giblets, cuts and sangria – find their main markets in Eastern Europe, Russia, Hong Kong and Vietnam. The Chinese market is still an unknown when it comes to preference cuts, with enormous potential, but it is bureaucratic in terms of plant approval and shipment release. 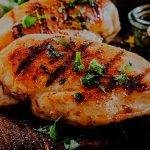